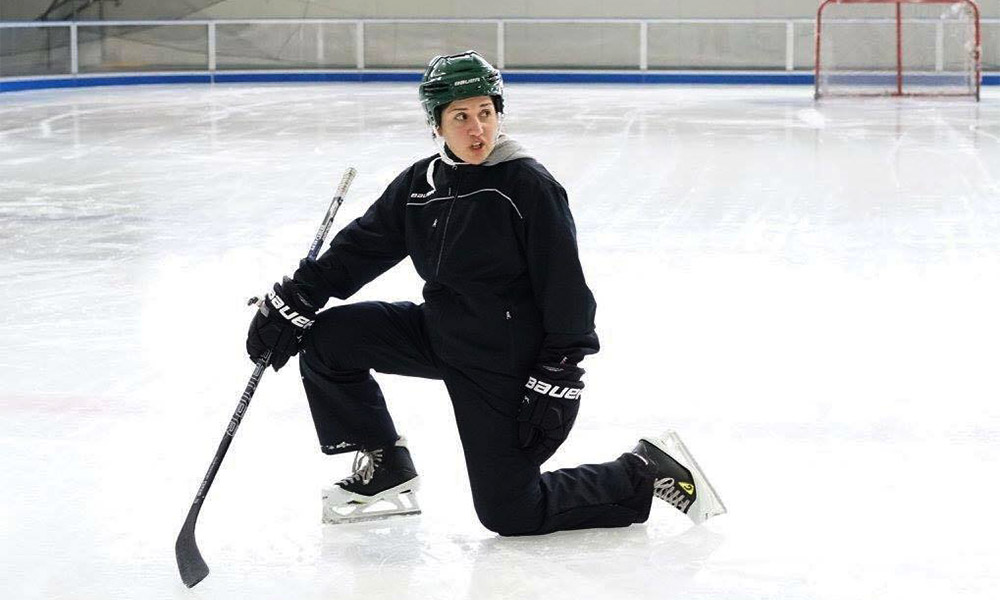 For ice hockey to reach even higher peaks in Australia, more development opportunities are needed.

Training camps, skill sessions and complete development pathways have been far and few in between on the Australian ice hockey scene – until now.

Sera Doğramacı is one of a rising number of passion-filled Australian players and coaches who are dedicating their time to organising and running frequent development clinics in a bid to grow the country’s future ice hockey stars.

The goaltender, who plays for the Sydney Sirens in the Australian Women’s Ice Hockey League, has been part of the sport for 20 years.

She has coached ice hockey players for more than 10 years, but has been an accredited coach for five.

“I didn’t have a goalie coach when I started out, and used instincts and video of NHL games to basically teach myself how to goalie,” Doğramacı said.

“There were a few coaches here and there that gave me tips in my teenage years, but I didn’t have regular goalie coaching.

“I’m also trying to give goalies an opportunity that I didn’t have, and develop them into the best goalie they can be.”

With help from the National Sport Academy (NSA), Dogramaci will run an Ice Hockey NSW shooting and goaltending clinic in Newcastle on May 28.

NSA is another instance of passionate players turning to coaching to develop ice hockey in Australia.

The academy was founded in 2013 by John Kennedy Jr (JFK), Dave Ferrari and Mat Lindsay – Australian Ice Hockey League players – to provide elite coaching and resources for players and coaches looking to take their skills and understanding of ice hockey to the next level.

The popularity of NSA’s camps, especially those run in the school holidays, has grown to the point where all available spots in the program for juniors sell out.

Doğramacı has worked with the NSA crew since 2015, when she joined the coaching staff for a school holiday camp.

She said NSA’s aims were the same as IHNSW’s so it made sense to collaborate with them.

IHNSW registered junior and senior players and goaltenders are encouraged to attend the upcoming Newcastle clinic.

The clinic, which will be held at Hunter Ice Skating Stadium, will focus on shooting techniques for players and save selection for goaltenders.

It will give players and goalies an opportunity to develop or refine a skill and to receive dedicated feedback from elite coaches.

Doğramacı said it was important to run clinics like the Newcastle one so players could dedicate time to particular skills that they may not be able to in team sessions.

“Dedicated clinics means that players and goalies can get something different from their team sessions where some things may be neglected, or they don’t get a chance to work on a particular skill,” she said.

“For example, many club level teams will have a head coach and assistant coach, neither of which have a sound knowledge of how to coach goalies or integrate them into their training.

“These clinics mean that we bring coaches together, offer mentoring for other coaches, and design and run practices that will benefit everyone.

“No one is neglected or wasting time on the ice.”

This particular Newcastle clinic is a one-off, slotting into a block of free ice time at HISS.

However, IHNSW gave a series of clinics being run throughout winter.

All clinics that are being run throughout the country are also posted on the Ice Hockey Australia Goalie Coaches Facebook page.

For more information, send IHNSW a message on Facebook or email eo@ihnsw.com.au.