Highest honour the hardest to obtain 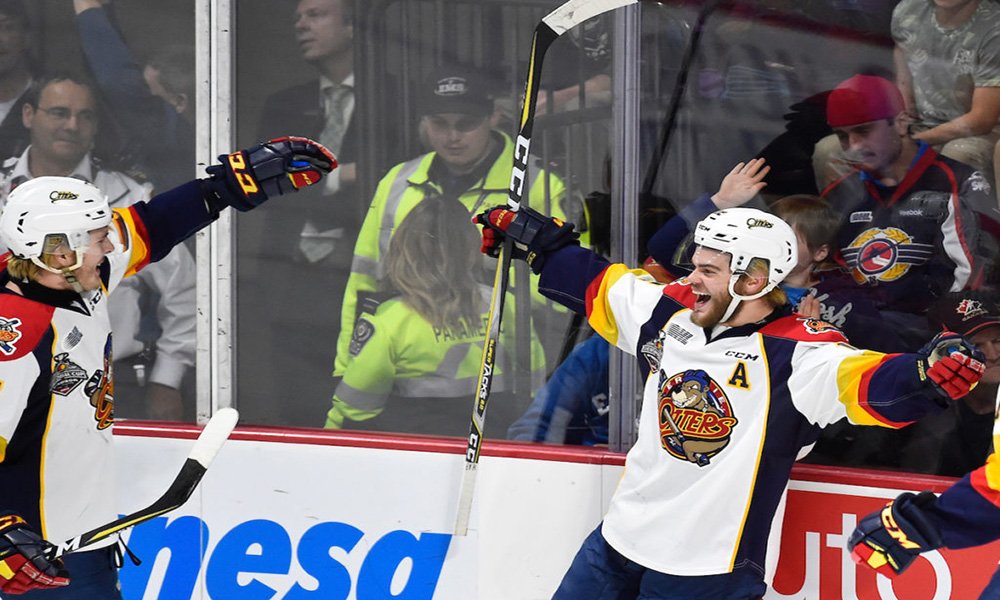 This weekend marks the final of the 2017 Memorial Cup – a chance for 23 players to etch their name in history and secure the highest honour in junior hockey.

During the week, Grassroots sat down to talk with some players in the Australian Ice Hockey League about what the trophy means, why it’s so hard to win, and what is it about junior hockey that can turn teenagers into living legions.

Grassroots is also giving you all the information you need to watch the tournament to see some of the best young hockey players that the world has to offer in action.

For a long time, the Canadian Hockey League has been considered one of the major pathways to the NHL with players such as Sidney Crosby, Connor McDavid, Steven Stamkos, Jamie Benn and Jonathan Tavares all emerging from its ranks.

Within each league is 20 teams.

The Memorial Cup is a four-team round robin gauntlet.

The champions of each of these three leagues and the host city battle it out for the highest honour of them all – the chance to be named the Memorial Cup champions.

“I want to say it’s the hardest thing to win in any sport,” Zane Jones, who currently plays for the Newcastle Northstars AIHL team, said.

“A guy can only be in the CHL for four maybe five years.”

Zane Jones when he played with Calgary Hitmen in 2013.

The forward played for the Calgary Hitmen, Everett Silvertips and Vancouver Giants (all WHL teams) during his junior career spoke of how winning is a combination of luck and skill, of having the right guys at the right time and of the puck bouncing in just the right way.

Stephen Johnston of the Sydney Ice Dogs AIHL team won it all with Windsor Spitfires in 2010 but that doesn’t mean he takes it for granted.

“Just to be in the Memorial Cup, that’s an accomplishment in itself,” he said.

“Its three leagues, 60 teams. It’s a huge deal just to be there, and then to win it… it’s one of the hardest trophies to win in all of hockey.”

Windsor is hosting the tournament again this year after going out to the would be OHL champions in the first round.

The team has come back with a vengeance, desperate to secure a third Memorial Cup in their history on home ice after back-to-back wins in ’09 and 2010.

They have blown through the round robin, taking down each of the league champions in decisive fashion to earn themselves the first championship berth.

The QMJHL’s Shawinigan Cataractes were the last host team to take the trophy on home ice, doing so in 2012.

“When we won, the city was going crazy,” Johnston said rink side after the Ice Dogs’ recent game against the Northstars.

“We came home off the plane from Brandon and the streets were lined with a hundred thousand people, we had a massive parade through the town.”

The championship means a lot to a city.

It would be in a country where junior hockey is akin to a religion, where teenagers are hailed a heroes in towns stretching from the arctic air of Prince George in British Columbia, the wheat fields of Brandon Manitoba to the island cliffs of Cape Breton Nova Scotia.

“The city obviously gets behind the team and it’s really big for them,” Johnston said, speaking of Windsor securing this year’s hosting privileges.

“The fans love it and they have a great facility there. It’s a good city to host it and I think it’s great for the city of Windsor and for the players to really get to experience that.”

But what does it take to win, and how does a team even do that, rise above 59 others and prove themselves to be the best?

“You can sync for one year and get a first overall draft pick and he could be the best thing since sliced baloney, it literally just takes a couple of players to do it,” Jones said.

“Obviously having an entire team be the best is ideal but you can have a couple of players do it for you.”

Jones, like Johnston’s Ice Dogs teammate, Rory Rawlyk, never made it to the Memorial Cup.

His best shot was cut short when the Edmonton Oil Kings won game seven of the WHL Conference final against his team the Calgary Hitmen, the same year the Oil Kings went on to win it all.

In a tournament that relies on a seven game playoff format followed by a round robin, sometimes all it takes is a hot goaltender, a breathtaking play and a sprinkling of good luck.

It is extremely rare that a team can go back to back.

Only five teams have ever done it. The 2010 Windsor Spitfires were one of them.

“We had a really good team that year,” Johnston said.

“Those teams don’t come along very often so it was really special to get to be a part of that.

“I was pretty fortunate that I got to be on that team.

“I was one of the few guys that didn’t go on to play pro hockey. It was something pretty special.”

When you look at the team roster he’s not wrong.

Name after name of jumps out at you – now NHL players.

Taylor Hall and Adam Henrique of the New Jersey Devils, Ryan Ellis who is currently in the Stanley Cup final with Nashville, Cam Fowler with Anaheim.

Fifteen players on that team would go on to play professional hockey at some level.

That’s more than 60 per cent of Windor’s roster. The average CHL graduate rate is 15 per cent of all players.

As for this year’s champions, there’s no chance of a repeat.

The London Knights were knocked out by the Erie Otters in the second round.

And with only the semi’s and the finals left, four teams is already down to three.

Seattle Thunderbirds were sent packing after the round robin.

Action from game two of the Memorial Cup playoffs between the Erie Otters and Seattle Thunderbirds on May 20.

The semi-final will take place on Saturday morning Australian time with the OHL’s Erie Otters facing off against the QMJHL’s St Johns Sea Dogs to see who will take on Windsor for the title of Memorial Cup Champion come Sunday morning.

For the captains of both the Erie Otters and the St Johns Sea Dogs, this is their last chance.

Dylan Strome and Thomas Chabot are expected to be part of their respective NHL teams next year.

The pair, along with the Seattle Thunderbirds Mat Barzal, formed the leadership team for the silver medal-winning Canadian World Juniors Squad and one cannot help but think that the trio would be hoping that at least one of them takes home the hardware if their own team doesn’t get a shot at it.

In life, when looking back, we often find moments, moments in which things changed direction, in which certain destinies were cemented.

For Johnston that moment came in game four of the 2010 OHL western conference finals.

“We were down three games to zero and I was honestly like this could be it, this might be it,” he said.

“We have this good team and we could be swept today.

Looking at the teams today, you can’t hope but wonder which has had their moment and what that moment will be as they charge towards engraving their name on hockey’s hardest trophy to obtain and cementing their legacy forever.

Erie Otters and St Johns Sea Dogs will face off against each other at 9am AEST on Saturday, May 27.

The winner of Saturday’s game will face Windsor on Monday, May 29 at 7am AEST.

You can watch the games on CHL’s broadcasting website.