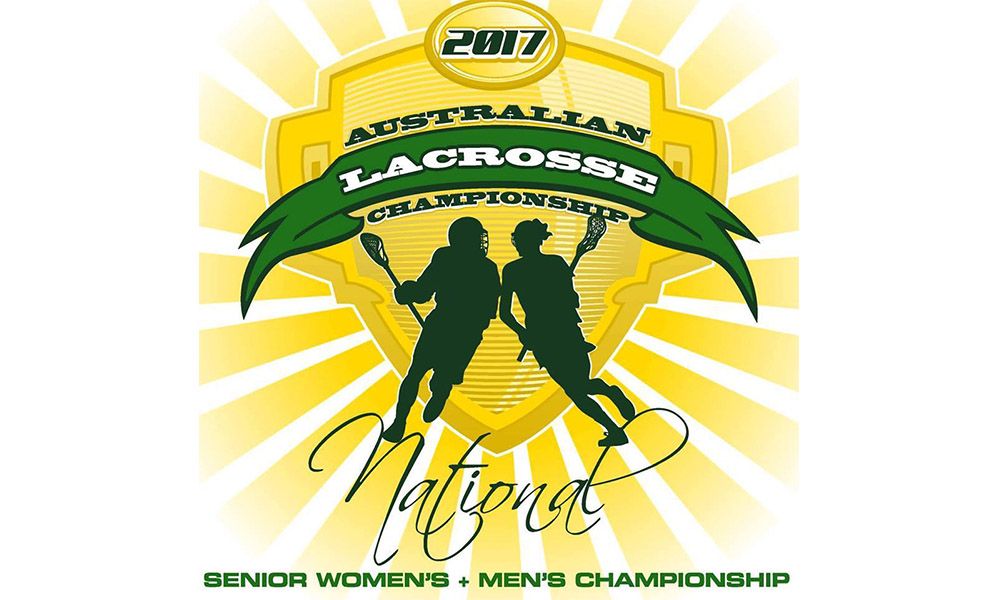 The 2017 Australian Lacrosse Association’s senior men and women’s championships will kick off in South Australia today and punters are expecting it to be one of the toughest and tightest competitions in years.

Many Australian players, and hopefuls, will be playing in the ALA Championship, which will run Thursday, June 8 to Sunday, June 11.

Despite all teams being ‘stacked’ with talent this year, the Victorian men and women’s teams, who both won the 2016 ALA Champions, are expected to again take out their tournaments.

The women will be looking to take home their fifth consecutive national title, which would be their 18th overall.

On paper, with a squad brimming with talent and many Australian representatives, they are favored to secure the championship.

“Goalkeepers Sue McSolvin and Bree Hussey will lead a defence that expects to make life difficult for their opponents and keep scores to a minimum,” the Australian Lacrosse Network is predicting.

“The engine room is also stacked and is probably going to be their strength with the likes of Stella Justice-Allen, Rachel Kirchheimer and Abbie Burgess giving Victoria a likely edge over the other states.”

The women and men’s tournaments will field teams from Victoria, South Australia and Western Australia.

Additionally, there will be an East Coast All Stars team, made up with players form Queensland.

As well as the top quality play that is expected from the championship this year, New Zealand is also making its return to the Australian men’s championship.

“Apart from being competitive in the tournament against high level teams, this tournament is a good stepping stone for the players to be able to go from the New Zealand club competition to international (World Championship) play,” New Zealand head coach Robert Macaluso said.

“Being able to play in the Australian nationals is a huge benefit to us.

“Our goal is to try and win a couple of games and obviously expose our players to a high level of lacrosse.”

New Zealand is making the trip across the ditched armed with  a “tough as nails” roster.

The Australian Lacrosse Network said if any of the state sides did not bring their A-game to the tournament, then they best be wary of the New Zealand side.

A look at the 2017 ALA Championships teams

“We’ve been training every Sunday since March, including two weekend-long sessions with our Queensland teammates and co-coach and legend, Bruce Rosewarne,” coach Britt Faulkner said.

“As a squad we have been working on increasing our on-field communication and full field transitions.

“We hope that the time we have spent in these areas translates well into the championship.

“The championship are going to be a challenge but it is our goal to play to the best of our ability and have fun doing it.”

The All Stars have some experience in their ranks and the fact that they are able to inject some talent from both states will be a real bonus. We see this as the first step in a journey to becoming contenders in the not too distant future.

“We have everyone fit and have been training twice a week for six weeks and have played a few games,” coach Geoff Goddard said.

“It has been great to inject some of WA’s most talented players into this team and with that we have set ourselves a number of goals including to play to the best of our ability, to play as a team, to remain in control and make the right decisions and ultimately to always encourage and support each other.”

All the punters would have them sitting third behind the loaded SA and Victorian squads, but if they can get the game on their terms, they certainly have the talent to spring an upset.

“Our team’s preparation has been short and sweet, with us having to balance the demands of our numerous Australian player’s training loads, whilst still focusing on creating the best possible Victorian team for this Championship,” coach Sue Sofarnos said.

“With so many Australian players in this team, the expectation for us to perform is high, so our focus is to play as a cohesive and dynamic Victorian unit. We are under no illusion that it’s not the team with the ‘supposedly’ best players that win, it’s the players with the best team.”

Their squad is brimming with talent, with Australian team members on every line to go with some exceptional junior talent. With the team that has been assembled, anything other than a tournament victory would probably be seen as a letdown.

“We have been looking at some points of difference that we think can change our game to give us the outcome we desire,” coach Cath Conaghty said.

“Playing the same game style as everyone else won’t get it done. I believe we have the pace and composure to reach our goal of winning the champs.

“I expect all games will be tough and could be one of the hardest fought nationals in quite some time.”

With almost all of their 2017 Australian team members involved in the championship this year, South Australia will be a dangerous outfit. National Championships are a tough few days, and depth will often be a key to any championship run. South Australia would know this as they are the most successful women’s state of all time (though they are currently experiencing quite the drought with their last win back in 2010). Aussie squad members aside, they certainly have some talent on their roster.

According to the Australian Lacrosse Network, the team experiences a staff turnover early in the training campaign which allowed the group to go back to the 2012-14 model of South Australian team lacrosse which places an emphasis on sharing the ball, working hard off the ball, and helping out in defence.

“After last year, our main goal is to get back into the final, and I think we have the talent and systems to get there,” coach Glenn Morley said.

“We want to get back to the old WA style of fast-paced lacrosse, with a heavy focus on transition.

“I think it is going to be hotly contested tournament and with the Aussie side in selection mode, all the teams are loaded with so much talent, so every match will be a huge challenge.

“We are all excited New Zealand and the East Coast All Stars are also competing.”

After the disappointment of their 2016 campaign, the boys from the West will be looking to put in a big effort in 2017. Whilst we think this squad has the goods to exact some revenge on South Australia, we think they fall short against Victoria.

“Apart from being competitive in the tournament against high level teams, this tournament is a good stepping stone for the players to be able to go from the New Zealand club competition to international (World Championship) play,” coach Robert Macaluso said.

“Being able to play in the Australian nationals is a huge benefit to us. Our goal is to try and win a couple of games and obviously expose our players to a high level of lacrosse.”

One thing we have learnt about the New Zealand sides that have been here before is that they are as tough as nails and we expect nothing less from this side.

“Our goals are to play creative lacrosse with high energy, to play solid controlled defense and to be relentless between the lines,” coach Max Madonia said.

“If we do that, it will put us in a position to be successful.”

The defending champions are bringing over a terrific team stacked with talent. They have elite players in almost every position, in particular the face off. If they can translate face off dominance into goals they will be hard to stop. The biggest challenge facing this team will be whether they can get on the same page and gel as a group. With players from a number of different clubs, getting on the same page will be critical.

“NSW and Queensland lacrosse are committed to growing and developing the sport along the East Coast and to that end the introduction of a team into the national tournament provides players, coaches and officials the opportunity to experience lacrosse at a higher level, which in turn creates more experience which can be used to further develop the game,” coaches Bruce Rosewarne and Andrew Stewart told Australian Lacrosse Network.

“We see the national tournament as another development opportunity.

“Our expectations are that we will increase the experience of our players but it is also important that we are able to be competitive.”

Much like their women counterparts, the fact that the East Coast All Stars are participating is a win in itself for NSW and Queensland lacrosse. The 2017 tournament is going to be of a very high standard and the experience this squad will take out of this tournament will put them in good stead in the future, not only for the East Coast Cup, but also in tournaments to come.

Grassroots will be following the 2017 ALA Championships, but for regular updates check out: