Address to the Nation

Address To The Nation: Coaching Coaches 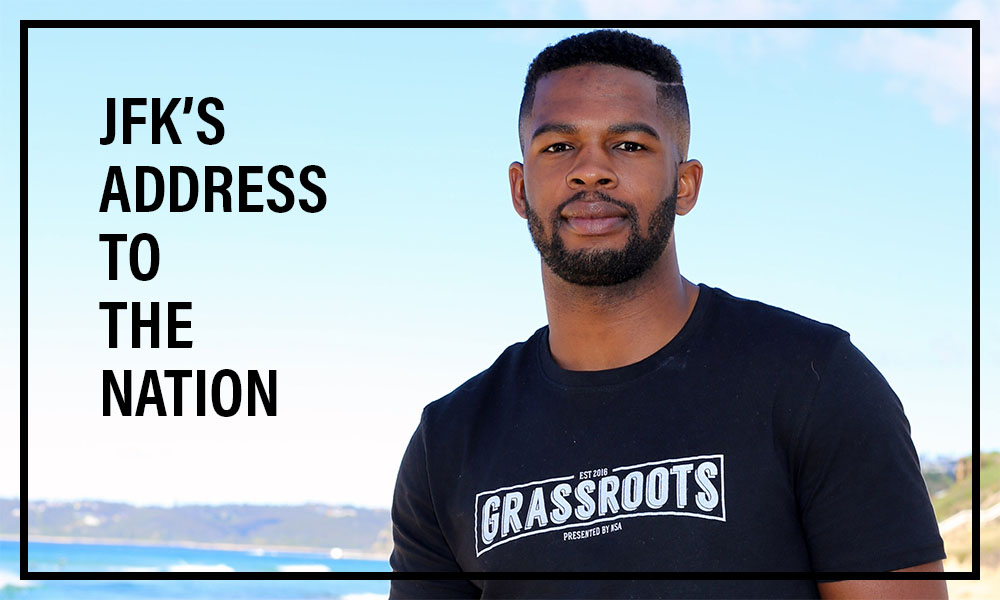 Today is a message for all coaches: Coaches – let’s start coaching.

Coaches are like “The players aren’t interested anymore. They’re doing their own things, they don’t listen.” I was talking to a GM of one of the clubs who spoke about the uniforms they got for their players. The players don’t want to wear their uniforms because they’re not cool, and this and that, and there’s no buy-in.

As a leader you don’t have the option of just saying “Oh well” and just throwing your hands up. If your kids aren’t listening and the point you’re trying to make isn’t getting through to them, it’s up to you to find another way. You’ve got to shift. You’ve got to be maneuverable.

Figure out a way to get through the situation, whatever it is. Too often what we see is a massive drop-off. With kids, even myself, I love kids at the PeeWee, Bantam level because they get it. They have enough humility, they want to get better, so they listen to you. So that’s the age between ten and fourteen.

Right now, I want to encourage all the coaches out there, no matter what situation you’re in, no matter if your team’s doing well, no matter if the kids aren’t listening and the team’s not doing well, find a way. Keep working through it. Because at the end of the day, you have the amazing opportunity to breathe life into these kids. You have an amazing opportunity to help direct the trajectory of their career. And it’s not only a hockey player, it’s not only an athlete, but as a person. And that carries a lot of weight.

So, for all the coaches, you guys are invaluable, you guys are important, and we care about you. Keep on coaching and don’t give up. Finish the season hard and do the best that you can do so when you walk away from that team, that season, you know you gave it your all, just as you expect your players to do.

John knew that he wanted to play hockey from the age of four, and since then he's played in Juniors, Division 1 College, Professional hockey, and won 2 Goodall Cup Championships in the Australian Ice Hockey League (AIHL). When he's not playing hockey, he's teaching others how to play. As one of the founding members of the National Sport Academy (NSA), John's mission is to spread the sport of hockey across Australia, and provide elite training for those pursuing the game at the highest levels. John's drive, tenacity, and continual pursuit to 'Be Better' shines through in everything he sets out to do.

More in Address to the Nation

Address To The Nation: Backchecking