Fairest of them all: Australian Spirit shines at Ultimate world championships 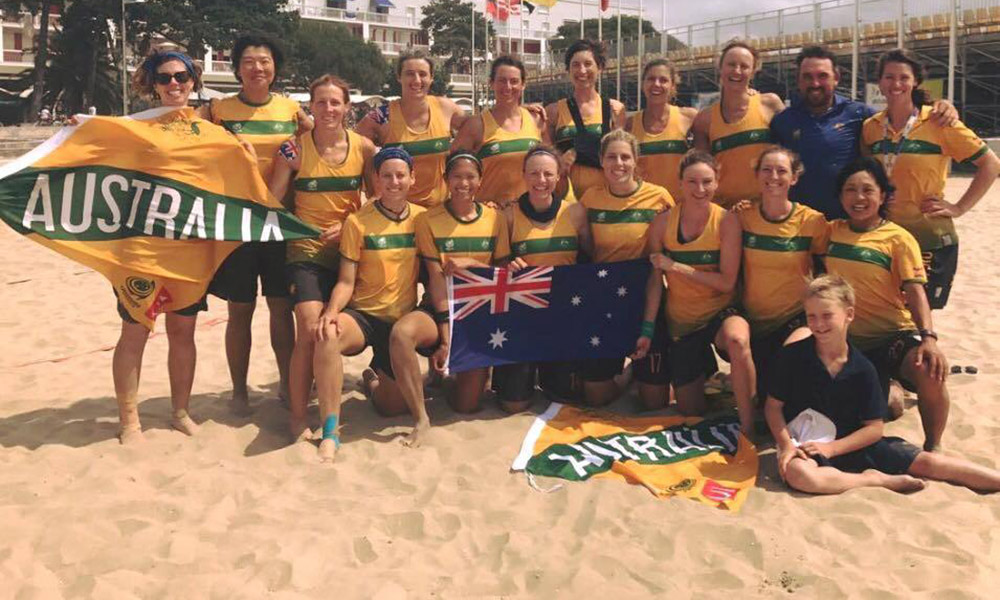 The Australian spirit of fair play is alive and well in Australian Ultimate.

Between June 18 and 24, five Australian teams competed in the World Championships of Beach Ultimate in Royan, France.

The Masters Women team won a bronze medal, Masters Men placed fifth in a division of 14, and the Men’s team placed seventh out of 23.

While all teams placed competitively, it’s in Spirit that Australia brought home the gold.

“Spirit” is term unique to Ultimate.

An Ultimate game involves no officials, relying on player integrity and the “Spirit of the Game” to enforce rules.

According to the World Flying Disc Federation, actions deemed contrary to the Spirit of the Game include “intentional fouling, cheating, dangerous plays, disrespectful conversations, and other ‘win at all costs’ behaviour”.

While most sports accept that players will sometimes subvert the rules of the game in order to gain an advantage, Ultimate’s self-refereed system relies upon the assumption that no player will intentionally break the rules.

Unintentional fouls can be called by any player, and play is returned to as near a point as possible to if there had been no breach.

It may seem too good to be true, but our Australian teams are proof that fair play and good sportsmanship are still hallmarks of Australian athletes playing overseas.

Games from the tournament can be viewed here.

Beth is the Creative Director of Grassroots Sports. She started Grassroots with the intention of empowering athletes, officials, and fans of emerging sports to bring their sports into the mainstream. She’s a lover of words, design, and people who dream.

More in Other Sports

From Couch to Competition: The Tri-unathlete Story
Twitter broadcasting a game changer?